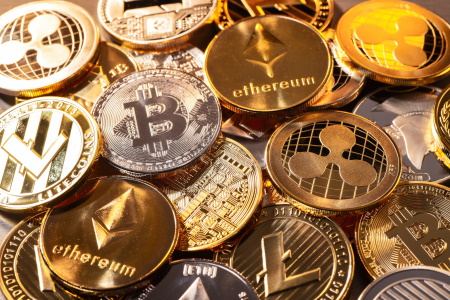 The U.S. Treasury Department’s new, stricter cryptocurrency rules underscore how the likes of Bitcoin are becoming “increasingly dominant in global mainstream finance,” affirms the CEO of one of the world’s largest independent financial advisory and fintech organisations.

The observation from Nigel Green, chief executive and founder of deVere Group, comes as Treasury officials on Thursday said any cryptocurrency transfer worth $10,000 or more will have to be reported to the Internal Revenue Service (IRS).

“Within the context of the new financial account reporting regime, cryptocurrencies and cryptoasset exchange accounts and payment service accounts that accept cryptocurrencies would be covered. Furthermore, as with cash transactions, businesses that receive cryptoassets with a fair market value of more than $10,000 would also be reported on,” reads the Treasury Department statement.

It is part of a wider announcement on the Biden administration’s plans to clamp down on tax evasion and encourage more robust compliance.

Mr Green says: “These tougher new rules set out by the U.S. government underscore how cryptocurrencies like Bitcoin and Ethereum are playing an increasingly dominant role in global mainstream finance.

“This has been evidenced by the enormous inflows by retail investors this year as well as considerable – and increasing – interest and demand from institutional investors.

“It is also clear that by ramping up their crypto framework, the Treasury Department is aware that this dominance is only set to grow further in the coming years.

“I believe that this is recognition by those running the world’s largest economy that cryptocurrencies, in some form or another, are the future of money. The genie can't be put back in the bottle.

The deVere boss says that the move by the Treasury Department is likely to be “the first significant step toward a global regulation” for cryptocurrencies, which is something he welcomes.

“It is inevitable as the market grows and matures. But investors shouldn’t be put off by this.

“Proportionate regulation should be championed. It would help protect investors, shore-up the market, tackle criminality, and reduce the potential possibility of disrupting global financial stability, as well as offering a potential long-term economic boost to those countries that introduce it.”

Investors in Bitcoin, the world’s largest cryptocurrency by market capitalisation, have experienced a wild week of price volatility following cautious comments from China and positive ones from celebrity enthusiasts such as Elon Musk.

Of this turbulence, Mr Green noted: “I would urge investors not to be driven by any one influential advocate, such as Elon Musk, whose whims and moods can trigger dramatic swings in both directions.

“Sound investment decisions are not made on hype and hysteria from one celebrity enthusiast on social media, rather time-honoured fundamentals such as diversification, sensible valuations and profitability.”

Previously, he has observed that inherent traits of cryptocurrencies are ever-more attractive. “These characteristics include that they’re borderless, making them perfectly suited to a globalised world of commerce, trade, and people; that they are digital, making them an ideal match to the increasing digitalisation of our world; and that demographics are on the side of cryptocurrencies as younger people are more likely to embrace them than older generations.”

The deVere CEO concludes: “In the near-term, the Treasury Department’s statement could spook investors.

“But in the medium to long-term, they should recognise the move adds further legitimacy to crypto assets and makes the sector more robust which will, of course, drive prices higher.”