Fed verdict to prompt investors to build portfolios, but they should avoid rotation trap 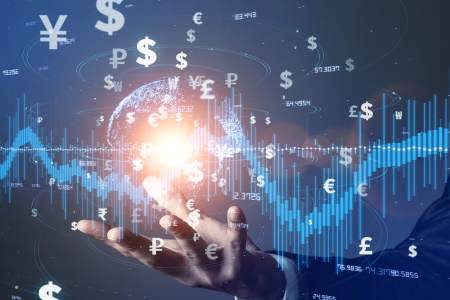 The Federal Reserve’s critical policy verdict will prompt investors to top-up their portfolios, but they should avoid the ‘rotation trap’, warns the CEO of one of the world’s largest independent financial advisory and fintech organizations.

The warning from Nigel Green, the chief executive and founder of deVere Group, comes as the U.S. central bank concluded its two-day meeting Wednesday announcing that it will maintain interest rates and bond purchases while upgrading its economic forecast.

Mr Green says: “This was a tricky and critical meeting for the Fed as they had to communicate a balance between a Covid-scarred economy and a booming outlook.

“It was a fine line to walk and, clearly, they don’t want to hamper a recovery that’s just getting going.

“Their continuing support will put markets at ease, as will the optimistic growth forecasts for the world’s largest economy as it looks ahead to the post-pandemic era.

“Against this backdrop of ultra-low interest rates and potentially the fastest growth in decades, understandably investors will now be seeking to top-up their portfolios to grow their wealth.”

He continues: “However, those building up their portfolios should avoid being drawn into a rotation trap.

“The danger is the massive hype surrounding rotation from growth stocks – those expected to grow sales and earnings at a faster rate than the market average – into value stocks.”

“It should not be a case of either value or growth stocks.  A properly diversified portfolio needs to have both.”

Last week, the deVere CEO noted: “It’s likely we’ll maintain some lockdown habits like working from home more often, but we’ll also be back in the gym; we’ll travel and go to public events again, but we’ll also be more conscious of the environment and hygiene procedures.

“In short, value stocks are in revival mode, but does anyone suddenly seriously think Amazon, Google and Tesla are not companies of the future also?”

As for concerns of longer-term inflation, Nigel Green thinks such fears are, for now at least, premature.

He notes: “We can expect some price growth as economies re-open, but this is likely to be short-term.

“I think, as it stands now, longer-term inflation fears, due to pent-up demand are being overplayed.

“For example, people might book one trip away, but they are unlikely to book five or six in one hit.”

Mr Green concludes: “There’s a wave of economic growth on its way and interest rates are set to remain low.  Investors should use this time to build their wealth by topping up their portfolios – but they must do so judiciously.”