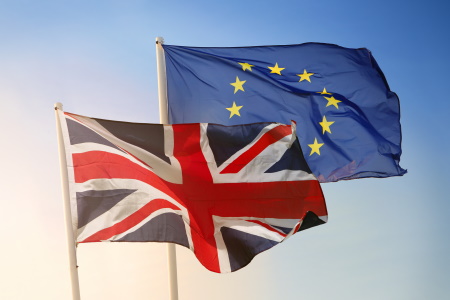 British expats living across Europe are being “routinely abandoned” by financial firms due to Brexit red-tape and complications, it has been revealed.

Many UK banks and financial advisory companies are now unable or unwilling to work with British nationals, many of them pensioners, who live in the EU as industry rules have changed following the UK’s exit from the bloc, causing “distress, anguish and potential financial loss.”

There are more than 1.3 million British expats in Europe, according to official estimates.  However, the true figure is likely to be considerably higher as many do not always register with their new country of residence.

“Most British expats in Europe maintain strong financial links with the UK, but in the wake of the implementation of new Brexit rules and regulations, tens of thousands have been routinely abandoned by their financial services providers, such as advisers and banks,” says James Green, Regional Manager of deVere Europe, part of one of the world’s leading financial advisory and fintech organisations, deVere Group.

He explains: “Pre-Brexit, UK-based financial advisers were legally allowed to advise expat clients in Europe through a system known as ‘passporting.’  But since the UK’s exit, those legal rights for UK-based companies have been revoked.

“Following a transition period, since 1 July 2021, only those advisory firms that comply with local laws and regulations in each EU nation in which they operate are able to give financial advice to people resident in those countries.

“This has meant that many UK-based advisory firms have been forced to ditch their expat clients as they are not now legally compliant to give advice in European Economic Area countries.”

Where does this leave clients?

“Clients typically build-up a long-term relationship based on trust and rapport with their financial advisers. They work closely so the client can reach their long-term financial goals for themselves and their loved ones.

“The cutting of these ties has caused many to experience, distress, anguish and potential financial loss as their financial strategies might change too.”

James Green goes on to say that the issue extends to UK banks too.

Most of the major UK banks have already informed clients that they will no longer be able to provide them with banking services, unless they have a UK address.

“To operate without passporting becomes hugely complicated, incredibly time-consuming and very costly for banks. This is why they are unwilling to work with customers across Europe – even if they have been with them for decades and regardless of the size of their bank accounts.

“This has caused considerable disruption for many individuals, families, businesses and other organisations, especially where there are larger deposits, standing orders, regular payments and credit facilities to another bank.”

Many expats who have been affected by the changes to advisory and banking rules have sought alternatives with providers that already operate under pan-European rules in order to have a continuity of service and to sidestep avoidable problems.

Earlier this year, deVere Europe, which has 11 different regulatory licenses including for asset management, insurance and investment, forecast that demand for financial advice in Europe will increase by more than 20% this year as it surpassed more than £1bn of assets under management (AUM) in Europe alone for the first time. Globally, deVere Group has $12bn AUM.

“However, there are solutions. I would urge them to seek financial advice with a cross-border expert to discuss the many legitimate international opportunities available to them – especially as they can often capitalise on their expat status for their financial benefit.”

Speak to an Adviser
Menu
We use cookies on our website to give you the most relevant experience by remembering your preferences and repeat visits. By clicking “Accept”, you consent to the use of ALL the cookies.
Do not sell my personal information.
Cookie SettingsAccept
Manage consent

This website uses cookies to improve your experience while you navigate through the website. Out of these, the cookies that are categorized as necessary are stored on your browser as they are essential for the working of basic functionalities of the website. We also use third-party cookies that help us analyze and understand how you use this website. These cookies will be stored in your browser only with your consent. You also have the option to opt-out of these cookies. But opting out of some of these cookies may affect your browsing experience.
Necessary Always Enabled
Necessary cookies are absolutely essential for the website to function properly. These cookies ensure basic functionalities and security features of the website, anonymously.
Functional
Functional cookies help to perform certain functionalities like sharing the content of the website on social media platforms, collect feedbacks, and other third-party features.
Performance
Performance cookies are used to understand and analyze the key performance indexes of the website which helps in delivering a better user experience for the visitors.
Analytics
Analytical cookies are used to understand how visitors interact with the website. These cookies help provide information on metrics the number of visitors, bounce rate, traffic source, etc.
Advertisement
Advertisement cookies are used to provide visitors with relevant ads and marketing campaigns. These cookies track visitors across websites and collect information to provide customized ads.
Others
Other uncategorized cookies are those that are being analyzed and have not been classified into a category as yet.
SAVE & ACCEPT
Menu