Brexit: “The only certainty is more uncertainty for investors” 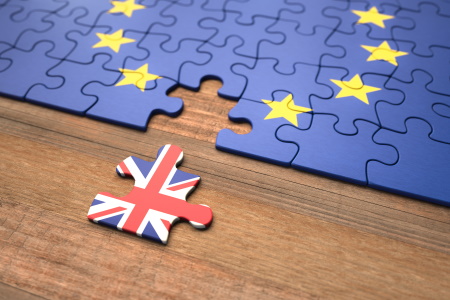 As UK Prime Minister Boris Johnson puts Britain on notice for a no-deal Brexit, many businesses and individuals will act swiftly to protect their wealth by considering international options, affirms the CEO of one of the world’s largest independent financial advisory and fintech organisations.

The prediction from Nigel Green, the chief executive and founder of deVere Group, which has $12bn under advisement, comes as Boris Johnson is reported as saying that the EU has abandoned the idea of a free trade deal and unless the EU makes major changes to its stance, the UK will opt for no-deal.

The PM went on to suggest that Britain now prepares for such an arrangement.

Mr Green notes: “Johnson has told Britain to get ready for an ‘Australian solution’ to Brexit but still has not yet ended trade talks with the European Union altogether.

“Indeed, the EU is preparing for more trade talks in London next week, because the Prime Minister did not explicitly say he was walking away from negotiations.

“Are Johnson’s comments posturing? Is it a bluff? Who knows.

“What we do know is that 2020’s only certainty is more uncertainty.”

“The fallout surrounding a no-deal scenario Brexit will prompt an increasing number of them to consider alternative overseas options in order to protect their wealth through various established international financial solutions.”

Financial markets loathe uncertainty. On the back of Boris Johnson’s statement, the pound – seen as a Brexit bellwether – was down 0.2% against the euro and down 0.1% against the dollar.

“Should the UK leave with no-deal, the already weak pound – which is one of the world’s worst-performing currencies this year – is likely to remain weak for several years to come until Britain and the EU readjust,” observes Mr Green.

It has already shed about 20% of its value since the EU referendum in 2016.

“A low pound can help to reduce people’s purchasing power and lead to a drop in UK living standards. Weaker sterling means imports are more expensive, with rising costs being passed on to consumers.

“The drop in sterling is good for UK exports some insist, however around half of the country’s exports rely on imported components. These will become more expensive as the pound falls in value.

“In addition, a weaker pound is, of course, bad news for British expats, amongst others, who receive income or pensions in sterling and for Brits looking to travel overseas.”

The deVere CEO concludes: “As the Brexit uncertainty heightens, we can expect current and potential domestic and overseas investors to increasingly look to other jurisdictions.”